Why Judging Noa, a biblical story? When a friend introduced me to Zelophechad’s daughters, who are mentioned briefly in the Bible, I was amazed to learn that nearly 3,500 years ago the daughters claimed their right to inherit. These biblical verses may be the oldest written example of women pursuing their rights. If anyone knows of older examples, I’d love to know.

The Bible leaves a lot of room to fill in details of the stories it tells, especially in its depiction of women’s lives. I felt I had to tell the story of Noa and her sisters. Despite the often-chaotic events of the Exodus and the dramatic moments in the sisters’ lives, I also wanted to depict the everyday: work, food, music, even laughter. Just because they’re biblical doesn’t mean people didn’t have parties and tell jokes. They were human. I discovered my grandnieces playing Mancala, a game that says it dates back to ancient Egypt. In Judging Noa, it is the same game that Malah and her husband, Boaz, play in their tent. The accompanying photo of a goathair tent gives you an idea of what their tents looked like.

What also intrigued me were parallels mentioned in the Bible that pertain today. Women are still pursuing rights. In some parts of the world, women still do not have rights of inheritance. Religious fanatics then and now: check. Devious political operatives: check. Disputes over whose land it is: check.

Plus, I included natural details gleaned from on-the-ground research for my book Discovering Natural Israel. Nothing beats being there to create verisimilitude. On a hike within a slot canyon in Maktesh Ramon crater, I learned to flip rocks with my feet, just as Noa’s husband does to avoid being stung by a deadly yellow scorpion. I took a camel trek in the Eilat Mountains of southern Israel. That’s me, atop the camel in the photo. I saw—and felt—the Negev Desert that lies far off highways: the star-spangled velvet-dark nights seen from a sleeping mat much like the biblical refugees experienced.

Human hardships and joys, the world that characters live in, strangenesses of all sorts…these are the things that compel me to write.

If you have questions about Judging Noa, ask. I’ll do my best.

I’ll be back with more behind-the-curtain looks at Judging Noa, the Late Renaissance mystery series I’ve begun, and other aspects of the writing life. 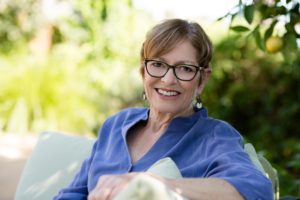 Welcome to my website. Stories are collaborations among the writer, the editor…and the reader. I love it when readers tell me about insights they’ve had into my writing that I hadn’t even thought of. And, as a reader, I love to fill in details of people and place. Jane Austen’s Pride and Prejudice has spawned many movies, yet none of the Lizzys look like the one in my head.

Although I’ve a contemporary sisters story in mind, I like writing historical fiction. Why? Researching a period is fun. Plus, people haven’t changed much over the millennia. Joy, jealousy, love, hate, laughter, misery. These are not new. A story seen from a distance in time gives resonance to the human condition. Homo sapiens? I think it’s just as apt to call ourselves Homo storytellers.

If you would like me to visit your book club to discuss Judging Noa, please email me through the contact form here.